Never in my life did I think that I would be writing this about someone I knew, let alone someone who was my friend for almost 20 years. Mikie was a little sister to me, the sister of my best friend, Danni. They were inseparable. They had a bond like no other. They were each other’s soul mate. The phone call when I found out that Mikie and her unborn son were taken away from us will forever haunt me. Mikie and I had just texted about how exhausting pregnancy could be, but how happy she was to think about meeting her son. Looking back, I can’t help but think that I failed her in not recognizing that something was wrong. As an Ob/Gyn who has seen thousands of women as patients, how could I have not seen it coming? How did my friend become a statistic? More than 1 in 3 women in the US have experienced physical violence, rape, or stalking by an intimate partner in their lifetime. Over 324,000 pregnant women are abused each year in the US. Homicide is the 2nd leading cause of injury related death in pregnant women, following only behind motor vehicle accidents. I know that I can do nothing to change the past, but I can only hope to reach someone with this message and can change their future. Danni and I are committed to increasing awareness against domestic violence and letting Mikie’s story be heard. If you or anyone that you know is in a bad situation, please reach out and know that there is help. 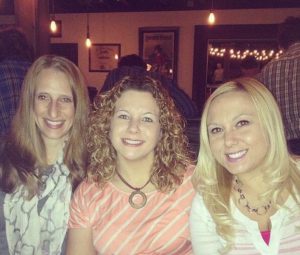 We so very often hear the term “victim”, victim of domestic abuse, victim of domestic violence, victim of homicide, but when you stop and think of what a victim may look like or who it may be, you never think it could be someone you know, or especially could never be yourself.  I honestly didn’t ever think about the details of this myself, until the most horrific day of my life occurred, the day my beautiful sister became all of the above.

On March 28, 2018 my sister, Michelle Ann Krek, known to most people as “Mikie”, was tragically murdered by her fiancé.   She was 8 months pregnant with their son Logan, who sadly died as well.  Just three days earlier, we celebrated my sister with the most amazing baby shower, a day that was filled with so much love and happiness.  She just beamed with joy.  Our family went from spending months planning a baby shower with endless anticipation and excitement of welcoming her precious baby boy, to somehow planning their funeral.  There are no words to describe how devastating this ordeal has been.  It is simply a living nightmare, the most awful one you never get to wake up from.

Mikie was the most beautiful person, inside and out.  She was a very loving and goodhearted daughter, sister, family member, friend and coworker.  She had a heart of gold and would do absolutely anything for anyone. She was both compassionate and charismatic, with the most infectious smile, that just lit up any room she entered.  She graduated with a Master’s Degree and worked almost 12 dedicated years at her job.  She was very independent and self-sufficient. 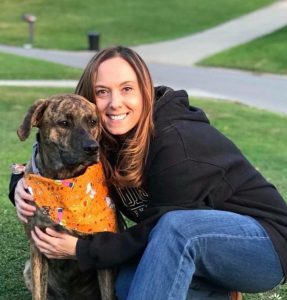 People often ask, “How did she meet him?”, “Did you know he would do this?”, “What were the signs?”, “How did this happen?”   These are questions that will haunt me forever. My sister met him on an online dating site, but so do many other people, who don’t have this outcome.  How could anyone ever think that someone could be capable of doing such a horrific act? He did not come with a warning label that read, “I’m going to destroy everyone here in an instant”.  My sister had been single for quite awhile when they had met, and wasn’t very trustworthy of people.  She checked out what she could of his background, went on neutral dates to get to know him, was swept off her feet, and thought she met Mr. Wonderful.  I can remember her saying, “It’s refreshing to meet someone who has it together.”  Or so it seemed. The first few weeks did seem like she finally met a nice guy, enough to get her to let her guard down and trust him.  The ultimate biggest mistake she would ever make.   It didn’t take long for things to start to slowly change, his personality to switch in an instant, and then to start trying to isolate her from friends and family.  My sister picked up on many things and was questioning the relationship, but then he would manipulate her and get her to let her guard down, go against her instincts, and keep giving him chances.

The relationship wasn’t in the best place when she found out she was pregnant, which was not something that had been planned.  He was overjoyed at this revelation and things finally seemed as if they were going to work out.  But of course, that wasn’t the case. The relationship became a roller coaster, one that veered off course and crashed.  Everything happened so fast, and the sad truth is she just didn’t get enough time to figure it all out.  Their relationship only lasted 11 months, not even a full year of knowing someone. 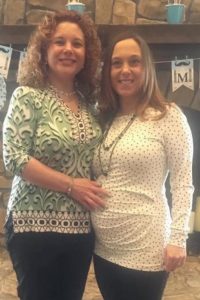 I will never know if my sister ever became aware of all the lies he had told her, and everyone else.  What little we have been able to find out after her murder, has been just as difficult to grasp.  Everything she had known about him was all a lie.  It’s such a hard thing to process how someone could lie, manipulate, and do all these things. We were truly blindsided.  It’s like watching a television show that somehow is now your reality.

So you may be wondering why I am telling her story now.  As hard as it is to tell any part of my sister’s story, I feel that it is of utter importance to share this warning for anyone else out there in a situation that could lead to the same ending.  If you watch the news and read articles, homicide is now one of the leading causes of death in pregnant women.  The statistics are just sickening.   Of all the things you ever worry about happening at any time in your life, this shouldn’t ever be one of them.  For anyone who is reading this, if this story hits close to home, please do whatever you can to get away.   Talk to your friends, loved ones, doctors, ANYONE who can help you or guide you to help.  Listen to your instincts. If something doesn’t seem right, don’t try to justify it. Whether it is early on in dating, or years into a relationship, don’t underestimate what some people are capable of. The early warning signs may be simple, but don’t ignore them.  We are taught to love and forgive, but not everyone deserves a second chance, or multiple chances.

My sister’s best feature was her loving heart and ability to forgive people. It sadly turned out to be used by the wrong person who manipulated her and ultimately took her life and the life of her unborn baby boy.  She was only 35.  She had so much life left to live, so many more memories to make.  We should have been in a delivery room to meet her baby, not holding him in a funeral home.  I should have one day given a speech at her wedding, not a eulogy at her funeral mass.  We will never know what transpired the night this event took place, but we do know that my sister was trying to leave.  She was shot multiple times from the back as she was in a doorway.  She never got to make it out that door. How Gynecologists Can Provide Support For Sexual Assault Survivors